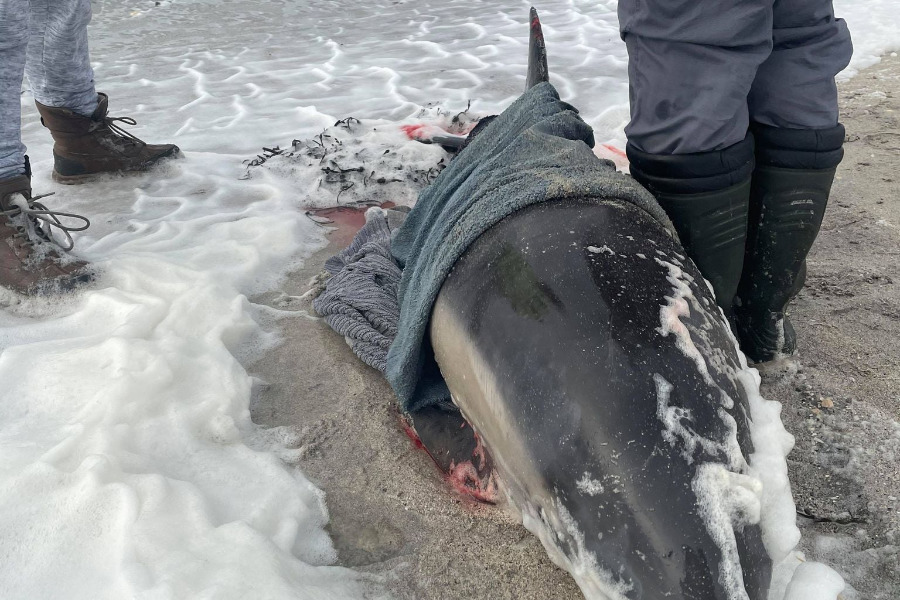 Desperate attempts to save a stranded dolphin

Sadness all around.. as desperate attempts did not result in saving a stranded dolphin.

We are so sorry to just have received news from the Tiree Ranger team, that although our Shark Carrier was successfully used, they did not manage to save this beautiful creature.

It's blowing a hoolie here today and it's defo a day to stay inside, especially now the power has gone off.  However just before 9 am, an emergency was discovered.

Louise Reid takes up the story.

"Today a member of the BDMLR team, Margaret Worsley came across a stranded Common Dolphin.

After alerting fellow medics, the vet team and the ranger service it was deemed the best chance of survival would be to relocate to a calmer beach and attempt a re-float.

The team worked hard for over two hours, to give the dolphin its best chance of survival but due to the weather conditions and the deterioration of the dolphin the decision was made to have the animal put down.

Although it’s not the outcome we hoped for, everyone involved made the best possible effort.

Thanks go out to the local vet team, Tiree Ranger Service and the BDMLR team for working in such harsh conditions"

Also a big thank you to Tiree sea tours and 121 Animal Handling Products.

The stretcher was a critical piece of kit for this stranding and we would have struggled without it. 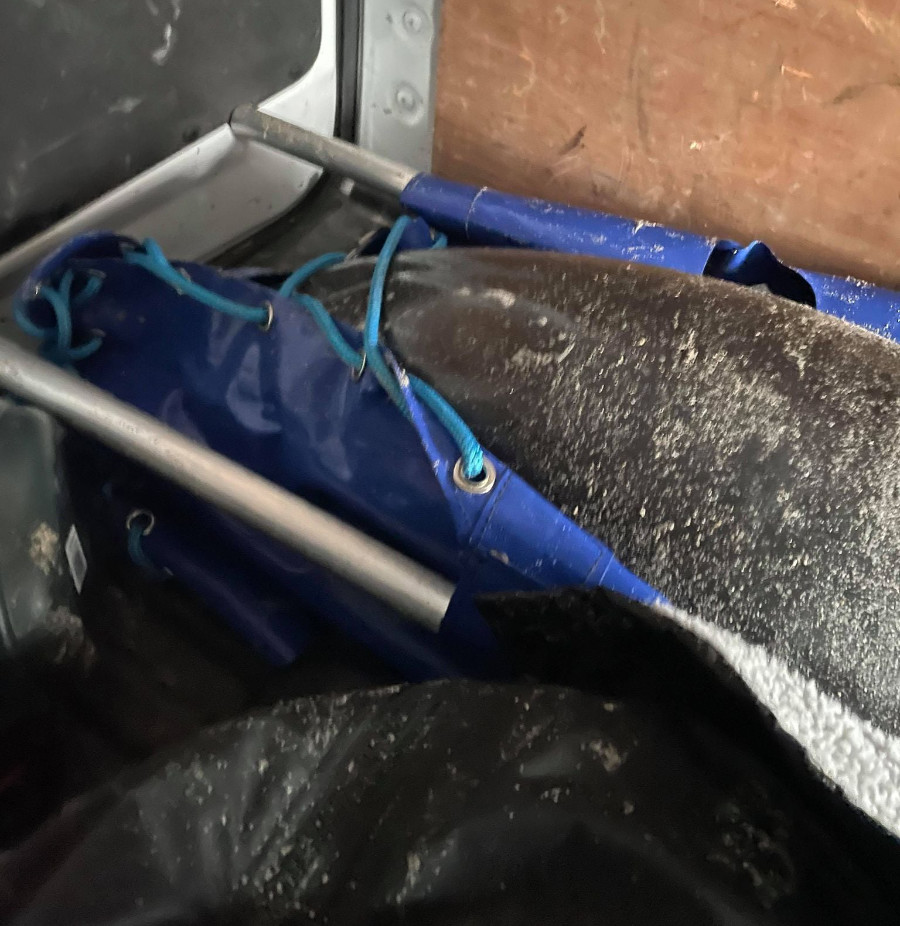